"Rachell's story is so impressive! I also thought that programming is not for me until a few months ago but here I am."

If you have a brief peek at my blog or site you'll know that I am one of the organizers at Django Girls Seoul, which took off in October of 2015 with overwhelming enthusiasm and interest. This awesome community has kept me so busy but also so motivated to excel and help those around me. To be brief, the Django Girls Seoul community started as a workshop but now has turned into a community that hosts movie screenings and holds free code camps as well as study meet-ups to inspire and support women in their programming journey.

After our first workshop, I wrote a blog post about my journey into programming and why I decided to start Django Girls Seoul. The above quote was in reference to that post. I lead with that quote because it's the reason I contribute my time, energy and any skills I have to help make this community better. I want to give these awesome women a chance at employment, upward mobility, equality, and the future.
Programming is pretty new to me as well, that's why I can relate to our workshop and code camp attendees. I have been enjoyably uncomfortable every step of the way and one of those steps was contributing to an open source project for the first time. As an "early " programmer it's hard to know when you have the skills and are ready for contributing to someone else's project or collaborating with a team but I learned quickly that "done is better than perfect". If you keep waiting until you're ready, you'll never take risks or try new things.
Collaborating and contributing to an open source project has many advantages.  After reading these kinds of articles and talking with people in the industry, I realized how beneficial contributing to open source would be to improving my skills, creating an on-line presence, networking and being part of something I'm passionate about.

I got involved in my first open source project, Code for Everyone in October of 2015. This project was to create a website to connect like-minded people, help them learn to code but also invite people to teach and share their knowledge via lectures and study meet-ups. We used Python and Django for back-end and Material Design Lite, HTML and CSS for front-end. I had only done a couple of tutorials on Django so I wasn't very confident in my ability to contribute but I still tried. I was assigned the task of creating an RSVP list to see who had signed up to attend X event. I had some problems in my code but with a few helpful comments later I was able to get my PR merged. I also contributed to the design of the page like editing the content of the page and adjusting the footer spacing and position of the "source" button.

So my first open source project on a community programming IT group, Code for Everyone, was mostly for me to get my footing in the contributing, open source world but also to get more exposure and practice with more complex code. After I had a successful merge, I felt awesome. I felt like this thing I thought would be nearly impossible for me, no longer was. I broke through my self-imposed limitations that I had on my programming ability, gaining confidence and knowledge along the way. So I was ready to do it again.

My next contribution was during the first ever Django Girls Code Camp. We had to create a curriculum so I added some practice problems as well as some solutions to the curriculum GitHub repository. The code camp attendees worked on these problem while learning Python. It was a good review for  me as well to create them. During the code camp we had regular 'code alongs' to work through some of the practice problems as a group. 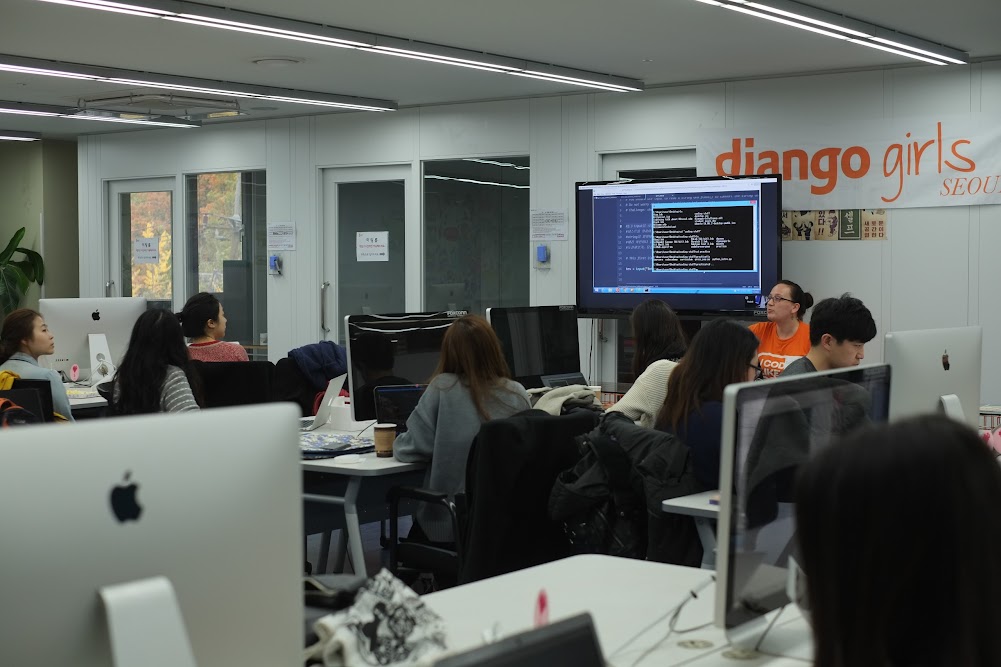 Some of the  Django Girls Seoul attendees have been participating regularly from the beginning and are still active in a second project based code camp. Our community needed to have a website to describe our curriculum, introduce our volunteers and most importantly show off our members' final projects. So my next chance to contribute was on the Django Girls Code Camp site. I edited content and added curriculum to the site. I also added coaches photos and links to their personal site or social media. I created a showcase section on the page to show off our members hard work! I added all of our social media, resources and statistics to the footer. Lastly, I added a section to show our collaborative work and non-profit projects. I wanted other members of our group to benefit from open source projects so I started a non-profit project to remake the   The Light and Leadership Initiative site. Our members will help contribute to our  open source project to improve our skills and to help others.

The site makes it easier to find information for the code camp such as coaches information, curriculum,contact information, and resources.  Because we have this site, our ability to communicate, disperse information, and market our program to potential sponsors has also improved.Another important feature is to show how successful our members have been by showcasing their work. It is also a great opportunity to give our members attention from potential future employers, hopefully helping them land a job.

Why Contribute to Open Source?

Contributing to these projects has brought and will bring many benefits for me, other community members and the other contributors. It has given me experience working with other people's code. Before contributing, I had only worked on my own projects but now I am getting experience collaborating, working on other peoples' code, but also being sure to write code that follows industry standards and that's readable. It's also important to get positive criticism and be able to edit my code appropriately. 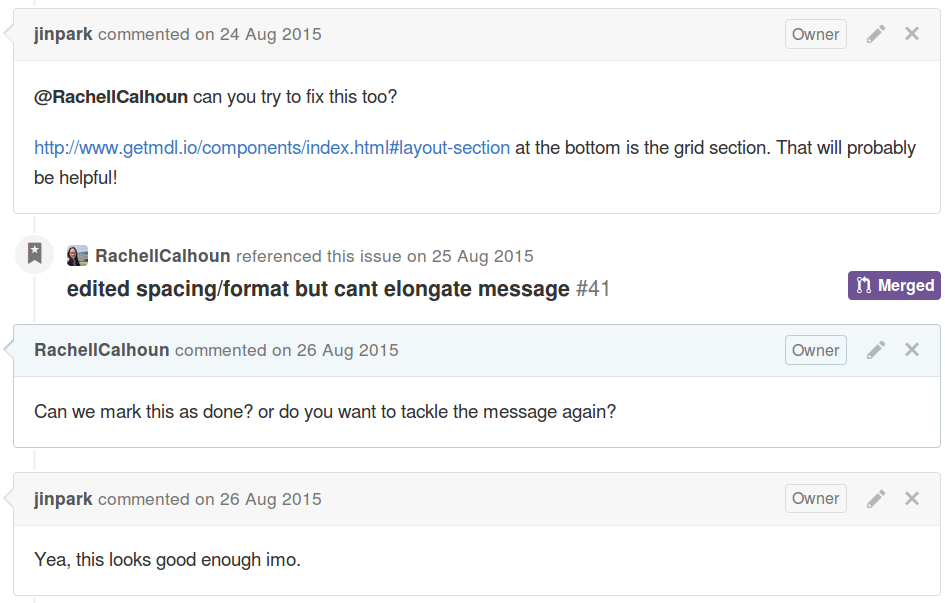 Contributing on these projects has given me platform to show my work that is widely used in the industry. I know that many IT companies look at their applicants GitHub accounts to see the quality of their code and how actively they collaborate, so having a portfolio of projects that I've contributed to will hopefully help in my future employment opportunities.
Lastly, contributing has also provided a chance to meet other people in the field, be it as a mentor, friend or potential employer. While working on this project I got a chance to work with more complex code than I would have been able to do, but I also got help to understand it. Some people are generous enough to help me work through a problem I'm having, becoming a type of mentor. Having someone, other than Google or Stack Overflow, to go to with questions is crucial while working through some difficult code or project.

When I first started programming it was as a hobby, but recently I've decided to make a career change from EFL teacher to full-stack web developer. My goals for the next year are to master the front-end side of things while still working on back-end with Django and Python. I plan to increase my portfolio by working on as many different kinds of projects that I can. Recently, I've been doing Udacity's front-end responsive design courses and working toward mastering JavaScript. I am hoping to complete the front end nano-degree from Udacity but because it is a bit expensive I've been working on the courses and projects on my own. These course projects coupled with my open source contributions will get me one step closer to my goal.
If you have a chance to contribute to an open source project, I encourage it. I write this to tell my story, to let people know it's not as scary as it seems, and regardless of programming ability anyone can contribute. I encourage all the Django Girls out there , as well as anyone else reading to give it a try! There are so many different projects out there that it won't be hard to find one you are passionate about. Happy contributing!